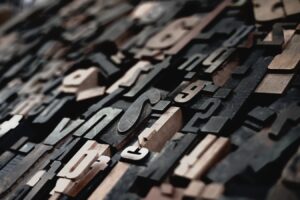 Everything starts with language. The deeply human experience of religion is grounded in language, because religion cannot possibly flourish without the spoken, sung and written word, whether or not capitalized. Church rifts also take place thanks to the same word, because hermeneutics and exegesis have led to such a colorful collection of churches that the size of the last electoral list stands out. In short, words matter.

I repeat, words matter. They can exclude or include, stigmatize or connect. The social debate about Islam is a textbook example of the destructive power of language. Politicians, the media and citizens have now learned a vocabulary in which it is almost a special feature when the news presents Muslims somewhat nuanced. Research into coverage of Muslims in the media showed that the four largest newspapers in the Netherlands mainly write about terrorism in relation to Islam, the oppression of women by Islam, the we versus them in the worldview of Huntington, where ‘they’ are the Muslims and ‘we’ are the enlightened West, and finally the far -reaching stigmatizing of migrants and refugees.

Our language is now imbued with negative images about Muslims and Islam. We are talking about a ‘liberal’ Muslim if he does not comply with the ritual regulations. As if the rest adhere to a  non-liberal Islam. We are talking about a  ’feminist’ Muslim woman when she takes off the headscarf, as if all Muslims wearing headscarves are victims of male domination. We elevate the exception to ideal and calibrate it to the secular, Western standard. We then problematize the group to a large extent by putting bad, linguistic labels on it. We do not know the diversity among Muslims, the result of numerous schisms and cultural manifestations. And I daresay most people don’t care either.

Christians in the Netherlands are once again guilty of stigmatization and exclusion of Muslims. It hurts me to write this down, but if  you, as a Christian party, vote for a burqa ban, want to block funding from only Muslim countries, mainly take in non-Muslim refugees, work with an openly  Islamophob party and you still talk about freedom and equality, you have not understood the gospel well. When I stayed in a convent (nunnery) for a weekend two years ago, as part of a dialogue project, I thought: why is this house not seen as a source of radicalisation? Women join a  fairly strict religious  order, sever social ties, are busy with ritual services all day, and on Sundays they are not allowed to stand behind the pulpit. We affectionately call a monastery a place of silence, could an Islamic variant count on such a label?

Christians, I write it consciously as plural, should think about another struggle, namely the struggle between secular thought and religious thought. Actively professed Muslims are a negligible minority in this country, there will never be an Islamic political majority, and Muslims are even more divided than all churches put together –  therefore focus on a different danger. The secular idea that religion is an irrational source of life and therefore does not deserve a place in public life implies that not only Muslims, but all believers will have to look after their freedoms. If ‘the church’ continues to focus on Muslims, it can come home from a rude awakening when the secular wind ripsall Christian roots out of the ground. You’ll then have a dusty cultural Christianity of looking for Easter eggs and two weeks off for Christmas.

Another reason why Christians should really consider a partnership model with Muslims is that secularization in the Netherlands is steadily continuing. You don’t get any extra profile by opposing radical Islam and presenting yourself as a better religion. You don’t win souls with it. During my many church visits, I myself experienced that the pews are becoming emptier year after year, despite the apparent years of progressive Islamization. Then what’s your story as a church? Is the story: beware of Islam? Or is the story: this society requires spirit, mercy, charity,  fellowship and community. That is the language of the soul.

You bet that as a liberal, humanist, orthodox, feminist, cultural or any other Muslim with a label, I get out of bed to stand beside the Christian. But it’s hard for me to wake up in the morning when I have to prove to Christians that I’m good, or that I have to explain that the Qur’an really speaks differently about Jesus than the Bible. Why is the conversation about that all the time? Muslims are part of the Qur’an and Christians belong to the Gospel for a reason- otherwise Muslims would be Christians and Christians would be Muslims. So why don’t we talk about the language of the soul again? Then instead of one source you have no less than two richly filled sources from which you can draw. This is what this  country, the church and the mosque need above all today this much more nowadays.

Enis Odaci (1975)  is director of Volzin online He is a policy advisor, speaker and publicist on Islam, diversity and society. Together with reverend Herman Koetsveld, he published two books, De Zeven Zuilen en Spiegelreis, on the encounters between Christianity and Islam.