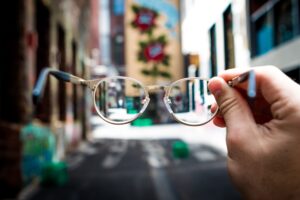 In the book Islamist Radicalisation in Europe and the Middle East,[1]  there is a chapter called “Being Muslim, Being British”. In this chapter the authors explain the background of the course “Being Muslim, Being British (BMBB)” that they have developed to prevent young Muslims to become attracted to violent radicalism. The course aims to raise the level of the participants’ ‘integrative complexity’ (IC).

Integrative complexity refers to how we perceive reality: IC rhymes with ‘I See’. IC is a way of thinking by which one perceives the validity of, and the connection between, different dimensions of an issue: I see my point of view, I see your point of view, I see a way towards win/win.  This does not mean we have to agree!

IC is about the structure of thinking; about how we think, not what we think. The IC model has not only been used among Muslims, but also among Christians. This was not to prevent them from becoming attracted to violent radicalism, but to enable them to transform conflict while respecting theological integrity and to engage with other viewpoints while retaining their own deep value commitments.  The same principles that are used to help Muslims youth are used for Christians to relate to others across the denominational lines and also to relate to Muslims, both the ones that are prevented from becoming radicalized as well as those for whom the course has come too late.[2]

That Christians need more integrative complexity both to relate to one another as well as to Muslims, became clear from another book that I read: The Routledge Reader in Christian-Muslim Relations.[3] This book provides the reader with a glimpse into different kinds of writings between Christians and Muslims about each other from the earliest encounters to the present day. In chapter 22, entitled  “No God in Common –American Evangelical Discourse on Islam after 9/11”  Richard Cimino, examines evangelical anti-Islamic discourse between 1991 and 2004. He points out that some evangelical Christians focus on the inherently violent nature of Islam and others demonize Islam. He sees a connection between the predominantly negative critique of Islam among evangelicals and their concern about a growing religious pluralism and relativism that they see in society at large. This concern leads Christians to reinforce their boundaries.

I believe we, Christians also need to raise our level of ‘integrative complexity’, because we often find it easier to refute than to relate. In our zeal for God and our fear of being contaminated by the world we withdraw within our safe comfort zones.

In doing so, we seem to resemble the attitude of Muslim extremists. There is nothing wrong with being zealous, as long as it is not blind and ignorant. The Apostle Paul wrote about the zealous Jews of his day “For I can testify about them that they are zealous for God, but their zeal is not based on knowledge.” (Romans 10:2). Proverbs 19:2 adds: “It is not good to have zeal without knowledge, nor to be hasty and miss the way.”

One of Jesus’ close disciples and one of the Twelve Apostles is referred to as Simon, the Zealot. The Zealots were religious extremists who didn’t shy away from using violence to get their way. In our days they might have been called “Taliban” or “Boko Haram” or “Muslim Brotherhood”  or “Hamas” or “IRA” or “Lord’s Resistance Army”.  Simon, one of Jesus’ apostles, used to be one of them. In fact, he is still called a Zealot in the Gospels.

Through a three year course with Jesus he learned to rub shoulders with others that had totally different worldviews. He must have learned a different kind of zeal. He went through Jesus’ equivalent of an IC course, which helped him to integrate his zeal with other values such as brotherly love, respect, joy, hope, patience, faithfulness, hospitality and blessing those who persecute you (Romans 12:9-14).  Let us strife to follow this example!

Bert de Ruiter is Consultant Christian-Muslim relations with European Christian Mission and the European Evangelical Alliance. He is also associate faculty member of Tyndale Theological Seminary. He is involved in Christian-Muslim relations in Europe for 34 years. He got an MA in World Evangelization and a D.Min. in Christian-Muslim relations. He has authored two books:  “A Single Hand cannot applaud” and “Sharing Lives” He edited the book Engaging with Muslims in Europe.  He has written several courses that are taught in Churches and educational institutions throughout Europe. Together with his wife Jenny he is also involved in marriage training and counseling. Bert lives in Amsterdam, the Netherlands, is married and has two children and five grandchildren.