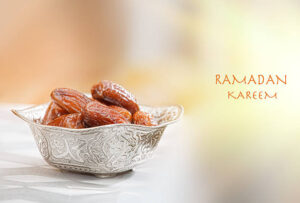 A few days ago, the month of Ramadan began. ‘Ramadan’ is the name of the current month, the ninth in the Muslim lunar calendar, which has come to symbolize the 29 to 30-day Muslim fast, one of Islam’s five pillars. The social media, over the past few days, have been filled with Ramadan-related posts and comments. Given that Facebook conveniently connects you mostly with like-minded people, the posts I have been seeing are for the most part either pious ones from my Muslim friends or well-wishing ones from sympathetic non-Muslims.

But from time to time, both in my network and, I am sure, in other ‘less Muslim-friendly networks,’ there is also the odd voice of dissent, or even the scolding Christian who warns that Christians are not to wish blessing or happiness to Muslims on Ramadan. One friend who took well-wishers to task over Facebook a couple of days ago argued that doing so is hypocritical since Christians disagree with Muslims on a number of religious matters, and that no blessing can come to anyone outside of Jesus. He argued that the only legitimate blessing wish that we are to make is a Jesus-blessing. I don’t want to be judgmental of this sort of attitude. Religions tend by nature to be exclusive of other religions, and religious people naturally face various dilemmas when they have to decide how to relate to members of another religious group. I would like, therefore, to explore briefly what Jesus would have us tell our Muslim friends during this Ramadan season.

The first thought that comes to mind is that Jesus invites us to offer blessing to everyone, including our enemies:

But I tell you who hear me: Love your enemies, do good to those who hate you, bless those who curse you, pray for those who mistreat you’ (Lk 6.27-28).

Not that I consider Muslims in any way my enemies, but that is the upper boundary that Jesus sets for us. We certainly cannot go wrong by wishing blessing on our friends and neighbors.

The second thing that strikes me is that Muslim extremists argue as well that Muslims are not to offer Christians good wishes on their religious feasts, based on sūra 5 of the Qur’an (al-Mā’ida), verse 51. Shakir’s English translation of the verse reads: ‘O you who believe! Do not take the Jews and the Christians for friends; they are friends of each other; and whoever amongst you takes them for a friend, then surely he is one of them; surely Allah does not guide the unjust people.’ Other well-known translations, such as Pickthal and Yusuf-Ali, translate it similarly. But even that needs not be the case. The very recent Qur’anic translation of my good friend Safi Kaskas chose to translate it differently:

Believers, do not take the Jews and Christians as allies. They are only allies with one another, and whoever allies himself with them becomes one of them. God does not guide such unjust people.

Kaskas is likely right to translate the Arabic original awliyā’ in this way, and in a footnote to the word ‘allies,’ he explains the political origin of this command. A significant proportion of the Qur’an’s verses have primarily a temporal rather than universal implication, particularly those verses which, like this one, are considered by Muslim scholars to have been revealed during the highly charged period beyond the second year of Muhammad’s migration to the city of Medina.

For the Qur’an’s more universal message about how to relate to Christians, Kaskas – in line with a number of other Muslim commentators – turns primarily to verse 82 of the same sūra:

You will find that the nearest in affection towards the believers are those who say, ‘We are Christians,’ because there are priests and monks among them, and because these people are not given to arrogance.

When Muslim radicals can prevent a Christmas tree from going up in their city during the Christmas season, despite the high number of Christians in that city, they consider it a victory. Not that I care much about the Christmas tree, but the matter is symbolic. If such are the power games played by religious fanatics, then I certainly do not want to share the mentality of Muslim extremists.

A third thought that comes to mind is that wishing ‘Ramadan Kareem’ or ‘Ramadan Mubarak’ to my Muslim friends does not turn me into a Muslim, any more than I could persuade myself that a Muslim wishing me a Merry Christmas has converted to Christianity. When my Muslim friends wish me a Merry Christmas or a Blessed Easter, I do not look down on them as compromisers, or as schemers; I simply feel honored and appreciated, and it makes me think highly of them, as open-minded Muslims. In the same way, when we wish our Muslim friends ‘Ramadan Mubarak,’ it simply makes us more gracious, better neighbors, and quite frankly better human beings.

Finally, what do we really fear? Are we worried that we would be perceived as compromising our faith? But what does compromise mean here? Do we think that our Muslim friends will suddenly think we have turned Muslim by wishing them ‘Ramadan Kareem’? Or do we fear that they might think that they have finally won some grand cosmic battle? Or if we wish them ‘Ramadan Kareem,’ might it mean that we have given up on sharing with them the Good News of Jesus? If you’re going to give up sharing the Good News, you’re going to give it up anyway, whether you offer a good wish for Ramadan or not. It seems silly to hear that good wish as compromise.

So quite simply at the start of this Ramadan month, I encourage all my Christian friends to wish a ‘Blessed Ramadan’ to their Muslim friends. Invite them to an Iftar (the daily breaking of the fast at sunset), accept their invitation to an Iftar if they so grace you, and enjoy fellowshipping, speaking about spiritual things, and about Jesus with them. Nothing will make your Muslim neighbor feel happier and more welcome and valued than this sort of attitude.

Martin Accad is Chief Academic Officer @ the Arab Baptist Theological Seminary, Mansourieh, Lebanon, and Director of its Insititute ofassociate professor of Islamic Studies and director of its Institute of Middle East Studies. He is also Associate Professor of Islamic Studies at ABTS and Affiliate Associate Professor at Fuller Theological Seminary, Pasadena, California, USA. Accad recently wrote Sacred Misunderstanding and (co)edited: The religious Other. A Biblical Understanding of Islam, the Qur’an and Muhammad the Iinstitute of Middle East Studies at ABTS Lebanon.

MARTIN ACCAD has a DPhil from the University of Oxford, UK. He is Chief Academic Officer at the Arab Baptist Theological Seminary, Mansourieh, Lebanon, and Director of its Institute of Middle East Studies. He is also Associate Professor of Islamic Studies at ABTS and Affiliate Associate Professor at Fuller Theological Seminary, Pasadena, California, USA. Accad recently wrote Sacred Misinterpretation. Reaching across the Christian-Muslim Divide (Grand Rapids: Eerdmans, 2019) and (co)edited: The religious Other. A Biblical Understanding of Islam, the Qur’an and Muhammad (London: Langham, 2020).

This blog first appeared on the website of IMES Lebanon https://abtslebanon.org/2016/06/10/should-we-wish-a-blessed-ramadan-on-our-muslim-friends/